Now that Christmas is over, I can share the Spinnaker Quilt that I made for my dad.

This summer I went to visit my parents and Grandmother in Wisconsin.  While I was there, my dad described a skirt he had seen and asked if I could recreate a quilt like it.  He wanted a quilt made up of rectangles about 2 inches by 8 inches in yellow, red, and green with some white in there to calm it down a bit.  His major descriptor was that he wanted it to be bright and cheerful.  Later, the request was modified somewhat as he said it reminded him of the colorful spinnaker sails at a sailboat regatta.

I had already pulled some nautical fabrics before the spinnaker theme was requested, so I knew I was going in the right direction.  My dad grew up around boats, and had a boat most of his life.  Some of my fondest memories growing up are from sailing down the Columbia River at dusk. 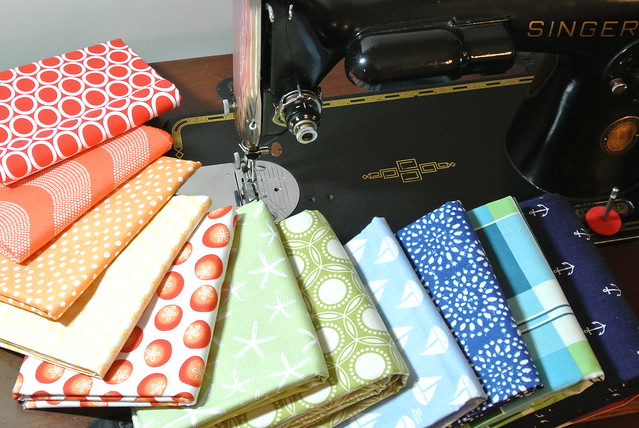 Each of the 238 rectangles in this quilt measure 2.5 inches by 8 inches prior to sewing. 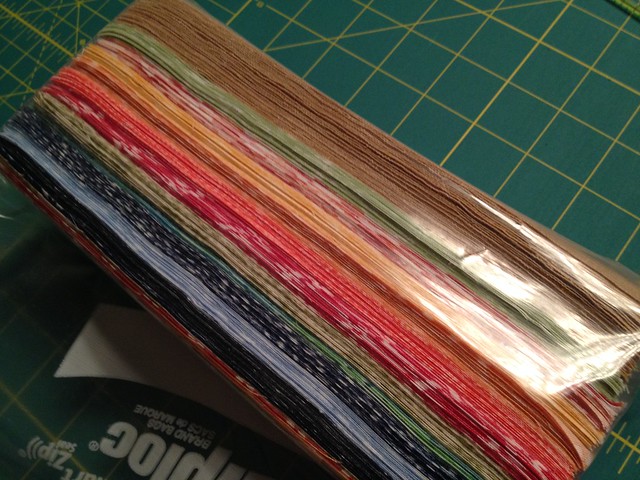 My trimmings turned out quite pretty, at least more so than usual. 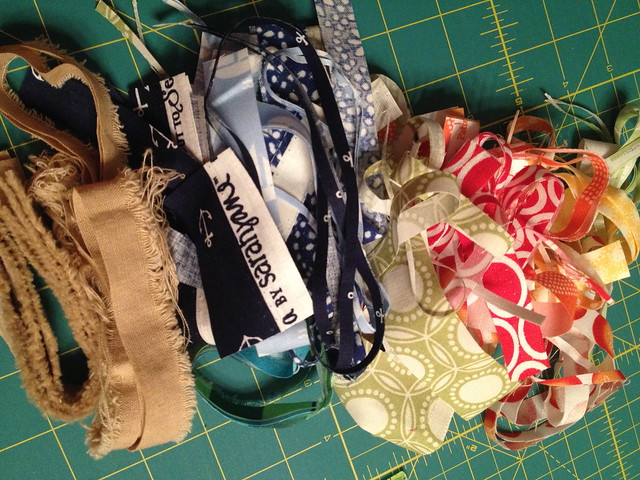 The layout is 34 rectangles vertically and 7 rectangles wide.  The top photo is prior to being sewn together – it was a risk to use the design floor with baby and dog around. 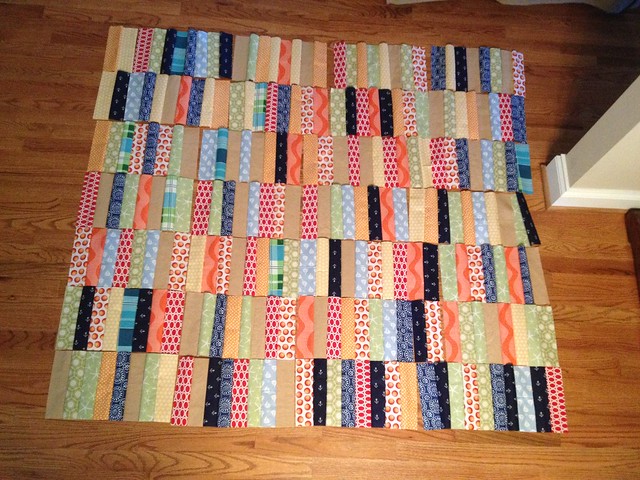 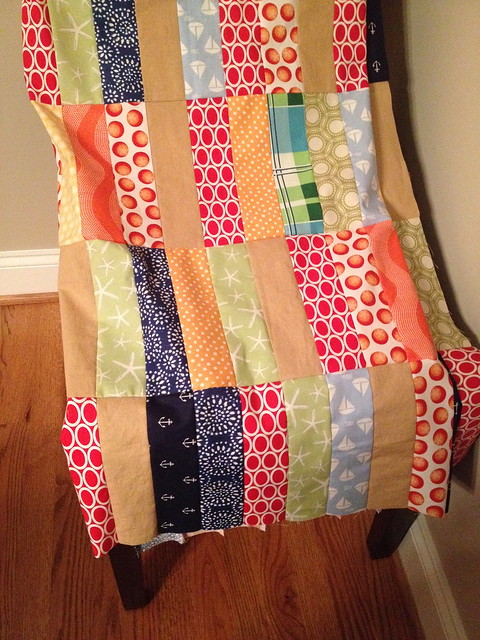 The back is pieced – I didn’t have enough of the one main fabric, so I pieced in the linen and anchor fabric as a design choice.  Plus, I think pieced backs are kind of fun.

I chose to quilt it with a new panto – rounded rectangles.  I wanted something masculine, yet the rounded edges helped to soften the design.  I think a sharp quilting design would have been too much for this quilt. 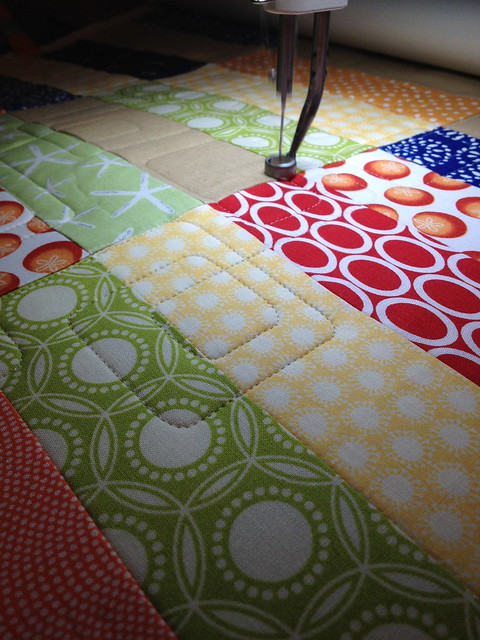 I debated about the binding, but after getting some confirmation from instagram friends, I went with the gray binding.  It fit the nautical theme much better. 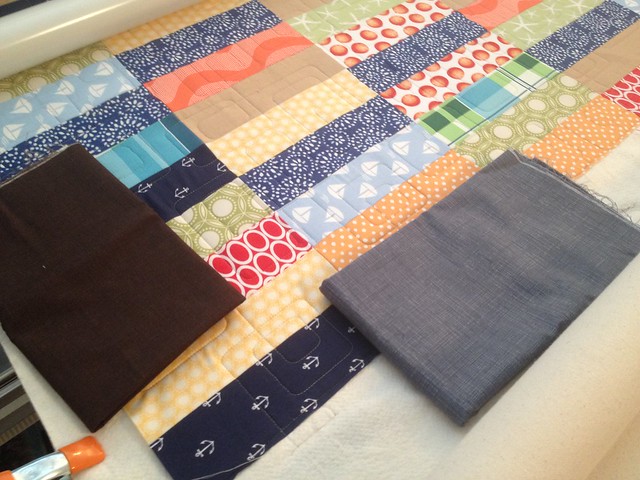 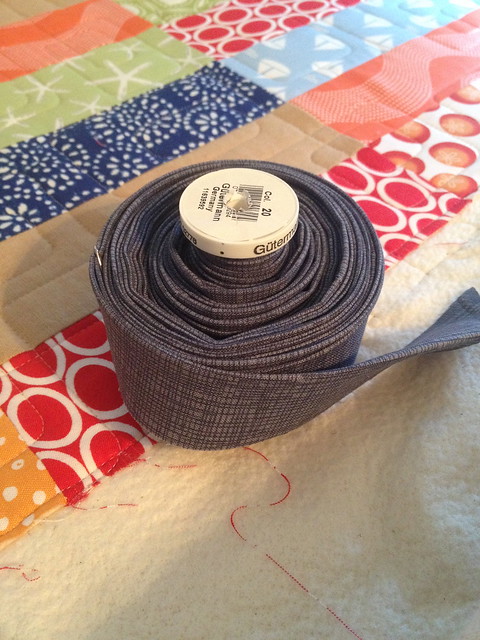 And now for the stream of finished pictures… The quilt had been finished for several days before I finally had a sunny day to take them! 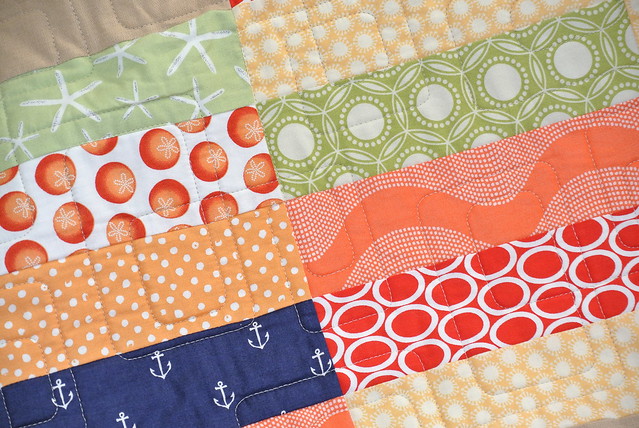 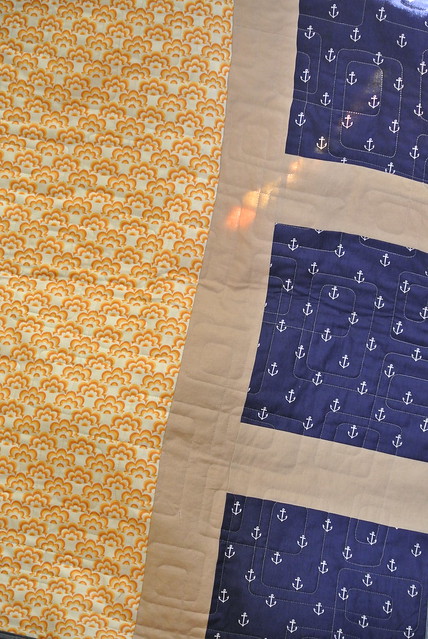 I had trouble taking pictures of the back thanks to my helpers – my two girls.  First, the dog wanted to see what was going on outside. 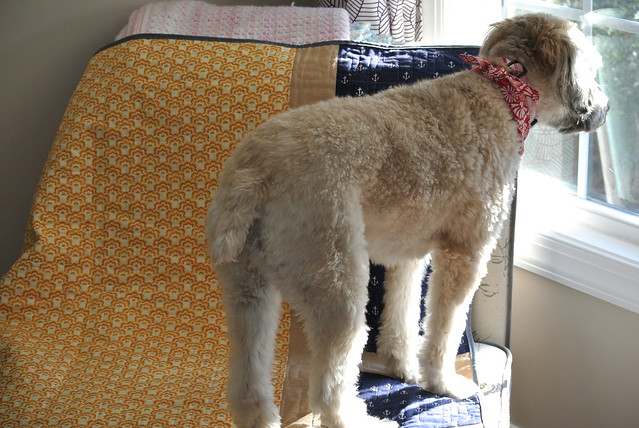 After I closed the window, the daughter walked over trying to figure out why she couldn’t see outside. 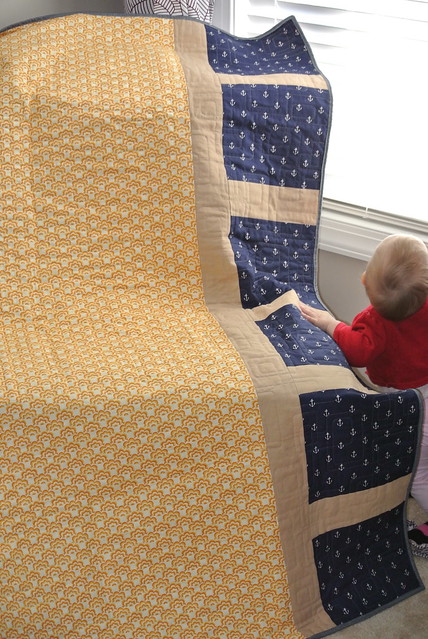 It’s a very large throw, which made it a little difficult to get a photo of the entire thing inside my dry house.  I don’t risk quilts outside when it is wet. 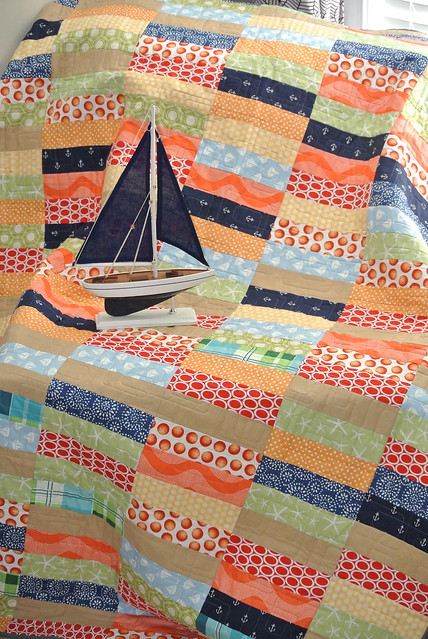 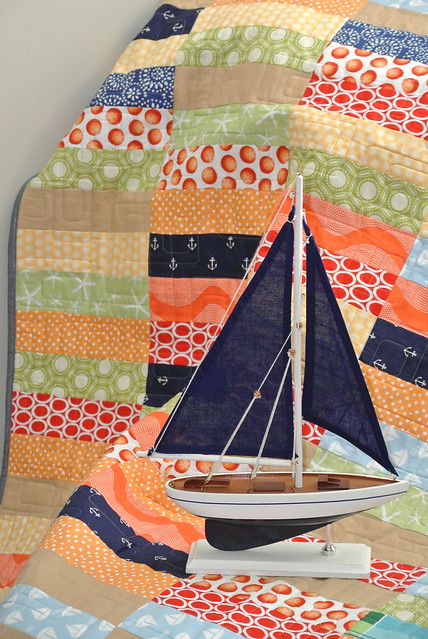 Lastly, the roll shows the binding color the best. 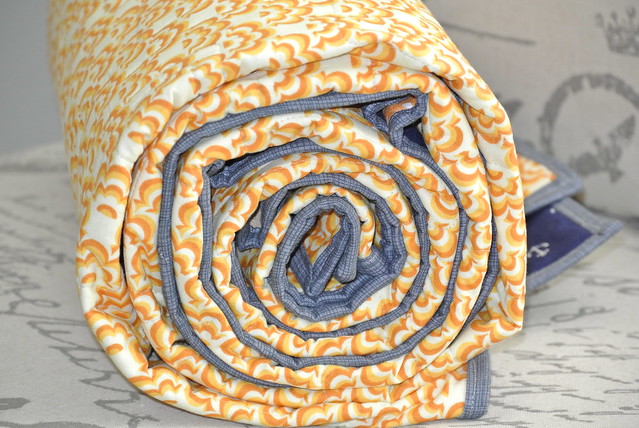 Linking up to: Quilt Story, You Flew Tuesdays at Feather’s Flights, Finish it Up Friday at Crazy Mom Quilts, Friday Favs Party at Nap Time Crafters, Anything Goes Mondays at Stitch by Stitch, and while not quite a work in progress (because I couldn’t share it during the progress) Work in Progress Wednesday at Freshly Pieced.

38 Replies to “Spinnaker Quilt for my dad”