This Spring, I had the opportunity to view a copy of The Ultimate Guide to Machine Quilting prior to its release.  Both Angela Walters and Christa Watson are incredibly talented quilters, so I was very excited to see their book with tips on both sit-down and long-arm quilting.

I have to admit, I was initially a bit skeptical that a book split in half aimed at both long-arm and sit-down quilters could truly have enough information that was applicable to both types of quilters to make it valuable to everyone, but these ladies have figured out a way to do it.  The fills and designs that they use are almost universally applicable (except for the spiral design Christa uses on the Exploding Star quilt – that is too much of a hassle for a longarm!).

As I was reading though this book, I was quilting “Forging Steel”, and used it as an opportunity to try out some of their suggestions.  Angela is well known for her point-to-point quilting, and she shows a couple examples of it in the book. I used it in one of the blocks for my quilt as well, although you can see it far better on the back of the quilt. 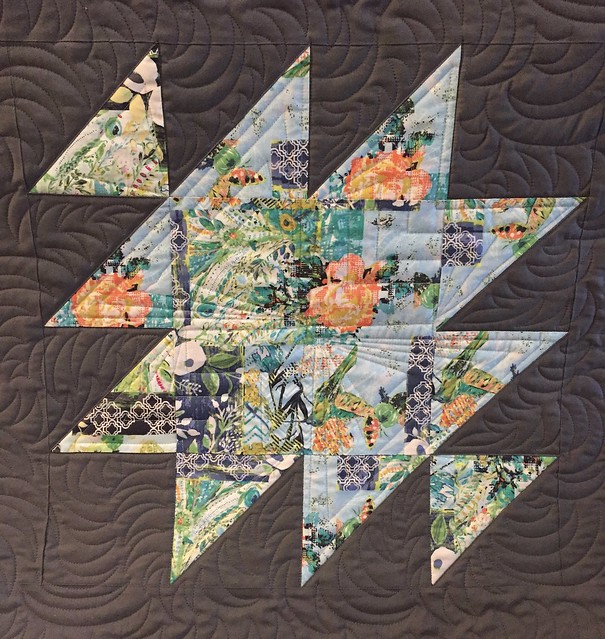 I also used the wavy lines for another block. 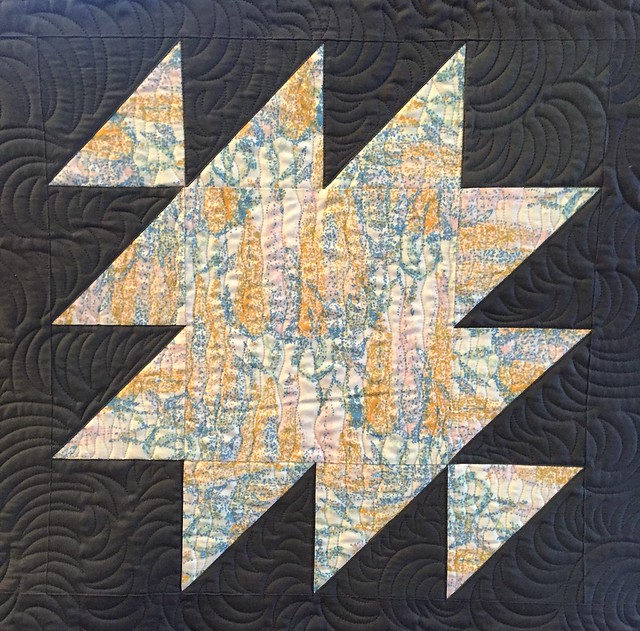 I like the clamshell design, so it’s not new to me, but it was a good reminder to see it as an option. 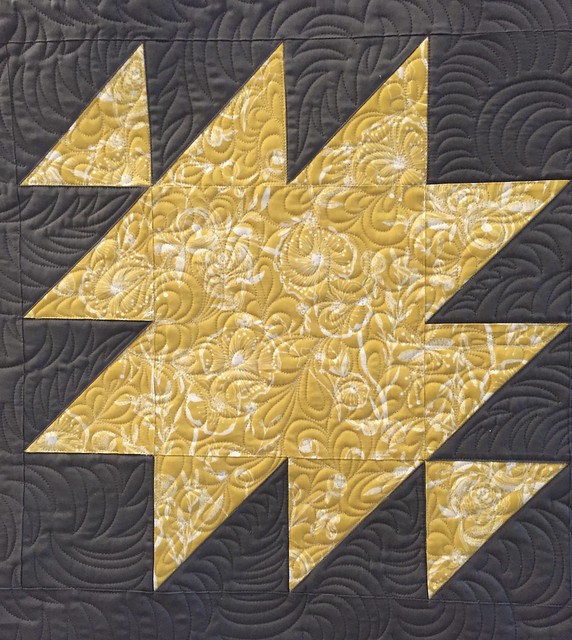 In addition to numerous quilting designs, there are also 10 quilt patterns.  They are generally simple, because they are meant to be quicker to sew so you can get them pieced and start practicing quilting faster.  I can definitely see myself making one of these patterns in the future if I need a quick baby quilt. 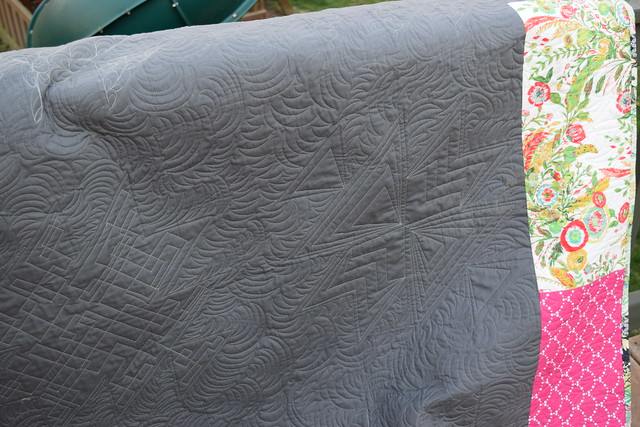 I don’t always agree with all advice given in the book – Christa presses her seams open, and I am a devoted press to the side quilter, but I know that is an age old argument so I won’t hold it against her.

Overall, this was a good quilting book.  I would say it is aimed a more of a beginner-intermediate level quilter, so if you are a masterpiece quilter you will probably not get very much out of this book unless you want to learn more about the modern style of quilting.  If you are starting out, I think this is a great resource because they do a really good job of making quilting accessible, and challenging you to do some free motion quilting instead of just straight lines.

If you are interested in the Ultimate Guide to Machine Quilting, it is available from Christa, Angela, their publisher, Amazon, etc.