I can’t believe it’s already May Fresh Sewing Day!  The last month flew by….  I did mostly quilty work last month, but May will be starting with some clothing sewing. 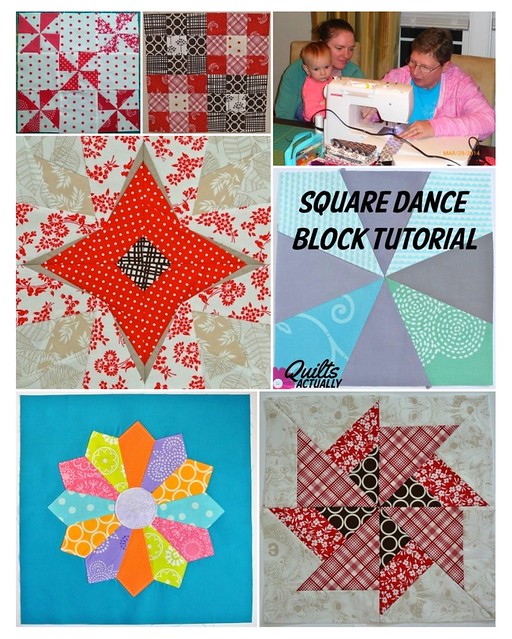 Top Row: Teaching quilting to my mom – 3 generations quilting together! (links to tutorials in blog post).

Middle Row: Left – Star Fruit Paper Piecing Pattern Testing, Right – Square Dance Block Tutorial (May is my month in the Stash Bee, so you can find the post for Stash Bee here).

Thanks for stopping by!
-Heather

In addition to my personal quilts and baby clothes making endeavors, I am also a professional long arm quilter.  I keep my business website at Quilts Actually, and that is where I show off my competed quilting, but this news was too exciting to limit to just that website.

If you love quilting, I’m sure you have heard of Angela Walters.  She has a relatively new blog about “The Business of Machine Quilting” to help other machine quilters.  It is a great resource, and I am honored  and excited to have a guest post there today on finding inspiration as a quilter.  Clicking on the button will take you to the post!

I originally started this blog as a way to document what I made, what I was doing at the time and my thinking behind what I was making.  I’ve lost sight of that.  In an effort to be active, I turned it into a to-do list that is boring and offers no insight.  I don’t even like to read my own entries, as opposed to my old entries that I look back on fondly and reflect on my life then.  So, this is to remind me of why I even started this blog and get off the production treadmill and focus more on the process.

Rebecca from “Our Busy Little Bunch” also has a great giveaway for the pink bundle of the new Pear Tree line.  So pretty!  It would be perfect for the girl baby blanket I need to make!  http://www.ourbusylittlebunch.com/2011/11/friday-fun-giveaway-sponsored-by.html

Metti il cuore in tutto ciò che fai.  It translates to “Put your heart in everything you do”.  I think that is a great message for today.
I received my friendly reminder in a Bacci candy.  Now, if you’ve never heard of this, they are an amazing chocolate hazelnut candy from Italy.  I made the somewhat unfortunate decision to buy them in the Milan airport on my way back from Italy.  I had left when it was starting to get warm in Afghanistan, and if I had thought about it, I would have realized that meant that two plus weeks later, it was going to be hot.
I protected those chocolates, but there were still some too melted to even salvage.  Luckily, there were still some that I am now enjoying.  And in one of those candies, was the message above.  So, the decision to buy chocolate and bring it to the middle east in May was not a complete failure like it very easily could have been.  I think I may have another Bacci right now.  Yum.