This is a project summary of the “Pilot Hat” pattern by See Kate Sew.  I bought this pattern during her Black Friday sale last year, made it in February, and am just now blogging it.  It is sized to fit from 18M to 7/8. 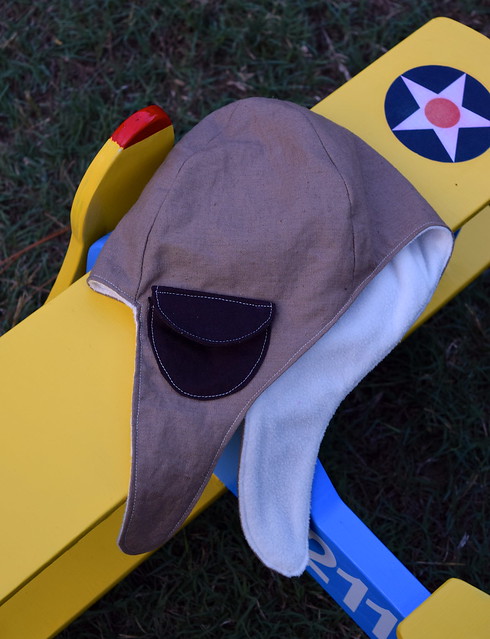 I originally thought that it would fit my daughter next winter and beyond, but then when I checked the sizing, she was a 12 month old wearing the 2T size.  Granted, she has a large head.  Her head circumference was 19.5 when I made it, and I made the 18M-2T size which is recommended for a 19 inch head.  It fits her well, but probably won’t after her next growth spurt – I’ll have to size up.  Then again, it’s been a few months since I made it and it still fits, so maybe I’m good for a little while longer. 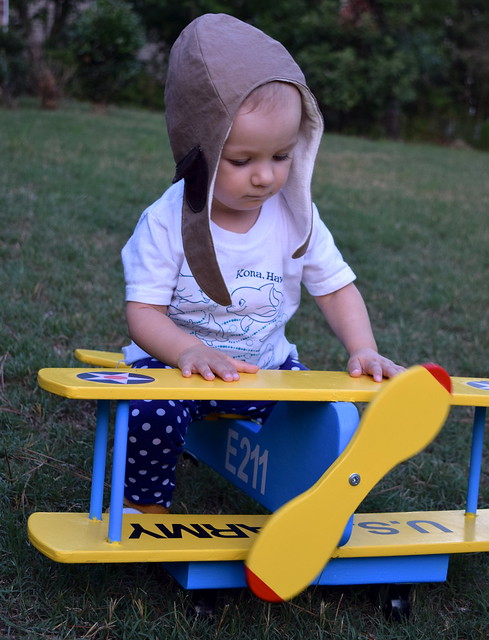 I made this using linen for the outer fabric and a light fleece for the inner fabric.  Both were pre-washed prior to sewing.  I like the fabric combination.

I chose not to add the velcro enclosure.  My daughter prefers to put this hat on when she starts playing with the airplane and then take it off about 2 minutes later, so the velcro is unnecessary. 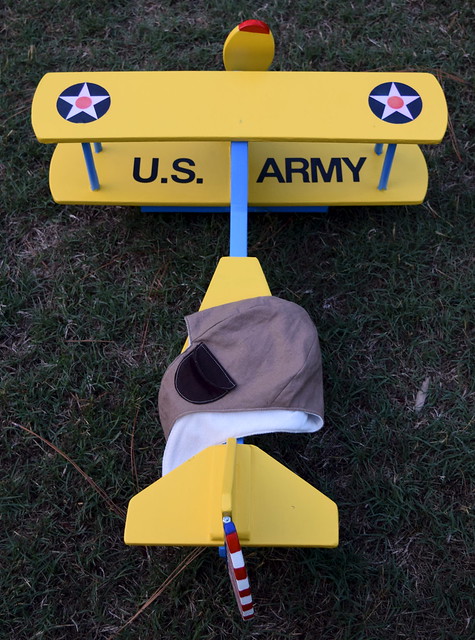 Pilot Hat Review: As far as the pattern, I’m mostly happy with it…  I think it’s overall a cute pattern.  I think the angular top is a bit odd and slightly alien-ish.  Traditional pilot hats were not shaped like that so I’m not quite sure why the hat is shaped that way.  I sewed it with a larger seam allowance at the very top in an attempt to minimize that aspect of the hat and you can still see it a little. 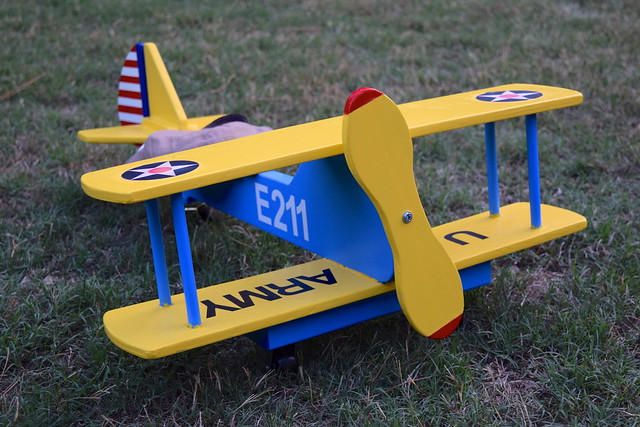 The instructions were adequate.  I would have preferred a few additions, such as a diagram showing where she measured the head for fit recommendations or a table with the finished size so that I could better decide what size to make.  I also wish she would proofread a little bit better.  On page 11, the instructions said, “… cut out bow pattern pieces located on page xx.”  I know that’s a small detail, but her patterns (while reasonably priced) cost enough that I expect them not to have basic typos like this.  If you have a free tutorial or the pattern cost next to nothing, I am more accepting of typos, but these are small and easy to catch so it makes me wonder about the testing process. 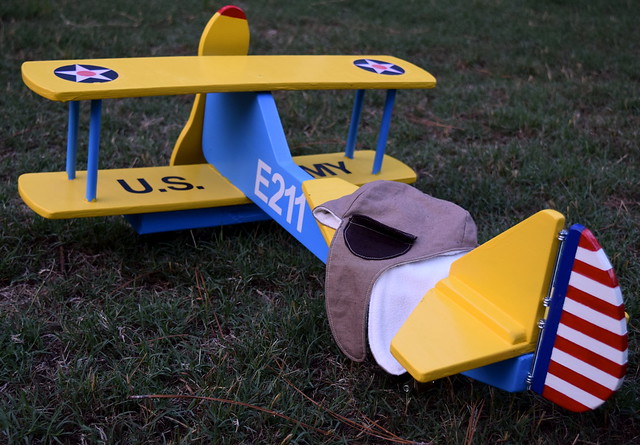 One other issue I had with this pattern was that it did not call for topstitching, or ironing of any seams.  I added it everywhere – partially because I like the finished look of it and partly because I know that it helps a garment (or hat) wash and wear better.  I know that I can put this hat through a washing machine and it will come out  fine.  The ironing thing is a personal preference, I suppose, but if I had not made other hats before I don’t know if I would have known to do it and would not have as good of a result.  I think that for a pattern that seems to be aimed at beginners, it doesn’t have quite enough detail. 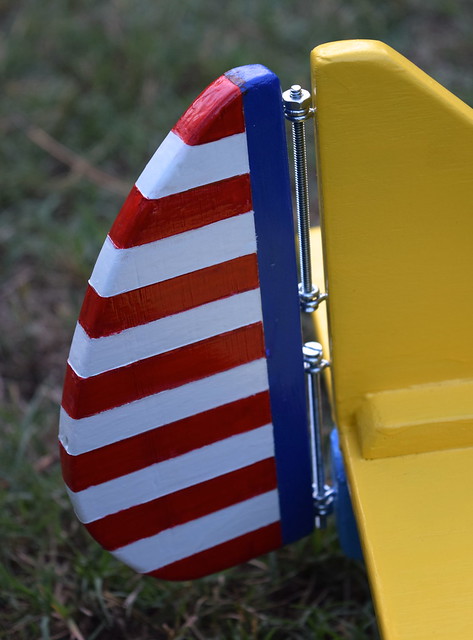 Overall, it’s a cute hat, and with some modifications I will probably make this again.

The hat was an accessory to go with the absolutely awesome airplane my husband made the little girl for her birthday.  She enjoys pushing it around, making the rudder flap, spinning the propeller, and scooting around in circles on it.  She knows that the hat goes with the airplane, but it usually doesn’t last long.  Probably because the hat is lined with fleece and it’s really hot in June in North Carolina.  The airplane is made to look like an old World War II Army Air Corps trainer.  I may be slightly partial, but I think he did an incredible job on the plane!